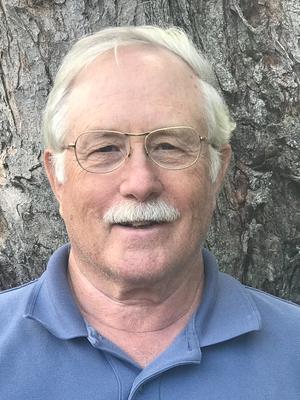 This year, due to funds contributed predominantly by community members, the Brooksville Education Foundation was able to award 24 scholarships of $3,000 each to Brooksville residents looking to further their education.

The funds go towards the cost of post high school educational endeavors and, while many of the recipients will use the money to help with college costs, the foundation does not restrict the type of schooling the money can be used for—college/university, graduate school, trade school, continuing education, etc. are all fair game. Eight of this year’s recipients are first generation college attendees and thus received an additional $1,000 each.

“It’s had an impact for educational advancement for families who might not have thought that was possible,” said Mike McMillen of the Brooksville Education Foundation he co-established in 2000.

The foundation was the brainchild of McMillen and former Brooksville resident Gerry Bryan. Once they determined a need to offset the costs of higher education, the men corralled a 15-person advisory committee comprising “a broad representation” of locals to get the program off the ground.

Of their decision to name the primary fund after Maryann Snow Bates (The Maryann Snow Bates Education Fund for unrestricted use), McMillen said, “I felt it was important to tie this to the history of the community.” He was told of Bates’ story after some years of knowing her father, local plumber Fred Snow. Both Snow and Bates have died, but McMillen recalled that Snow was not only a business man who trained “maybe half of the plumbers in Hancock County,” but also a “thoughtful, decent guy.”

According to McMillen, Bates’ educational path was unconventional, though the earlier part of her story was something he dubbed “not uncommon”—she became pregnant in high school, dropped out, married the father of her baby and the couple soon thereafter had a second child. At some point, her aunt made a decision to go back to school to become a teacher and encouraged Bates to join her.

After earning her GED, Bates attended the University of Maine at Orono to get her teaching certificate. She taught at Brooksville Elementary before deciding to again go back to school. Bates earned a master’s degree in anthropology from Northeastern and a PhD in medical anthropology from UMass, eventually teaching at the college level.

McMillen said the Snow family was touched by the decision to name the fund after Bates and that Frank Snow was part of the initial 15-person committee.

As the idea germinated, someone suggested to McMillen that he use the Maine Community Foundation as a “home base.” He did set up the fund through MCF, a Portland-based nonprofit entity that “brings people and resources together to build a better Maine,” according to the organization’s website, mainecf.org. This affiliation enabled the donations to be tax deductible and for MCF to handle all administrative details. “That leaves our local committee free to do what we do best: raise funds and oversee the application process,” said McMillen.

Fundraising involves an annual appeal, in the form of a newsletter, sent to all Brooksville and other area addresses. Each newsletter includes information as to what previous recipients were able to accomplish with the help of the funds.

“In the past few years, we’ve just been quoting student letters in the newsletter—letting them speak from themselves,” said McMillen. The newsletter also includes an alphabetical list of donors. To encourage applications, McMillen sends a letter out to all local students every May, letting them know about the foundation. Interested students then submit a 500-word personal essay, along with a transcript and reference letters, by the June deadline. Announcements are made in July.

Of this year’s group: “I’m delighted to say that four of the 24 recipients are those we helped to get their undergraduate degrees and now they are going on to graduate school in engineering, accounting, cultural linguistics and medicine,” said McMillen, who explained that scholarship awards are renewable up to five times and that the fund has built an endowment up of about $1.6 million as a “shock absorber” since the future is never certain.

“I feel a little embarrassed to get this attention,” said McMillen about being interviewed for this article, “but for our enterprise, it’s good for two reasons. One, it’s good for our donors to know they’re contributing to something real. The other reason I welcome publicity is that I would love for other communities in our area to pick up on this idea.”