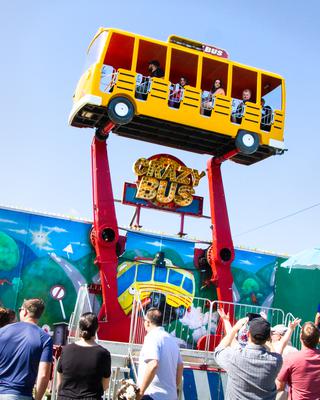 While it’s too early for Blue Hill Fair officials to estimate the total number of people who attended the five-day event held September 2-6, fair manager Erik Fitch said, “Everybody was thankful we had a fair.”

The 2020 fair was not held due to public health concerns related to the COVID-19 pandemic. Despite the current surge of the coronavirus Delta variant causing an increase of new infections across the country and the state, fair officials decided to hold the fair as planned.

“I can say that we feel as though the fair was a success,” Fitch said. “The carnival operator [Cushing Amusements, Wilmington, Mass.] was very well-received in terms of the quality and the appearance of their rides. The weather played a factor in three out of five days. We were watching storm cells coming through on Thursday, more rain on Friday night, so, yeah, weather always seems to play a factor at the fair.”

Fitch said it will be some time before all the gate receipts are counted in order to get an accurate attendance number. It will also take time to come up with the total net proceeds generated by the fair, he said.

Fair staff and volunteers were “phenomenal. Everybody, from our ground crews, to our workers in the front office—anybody who had anything to do with the Blue Hill Fair on the work side of things, didn’t miss a beat despite being off for two years,” he said. 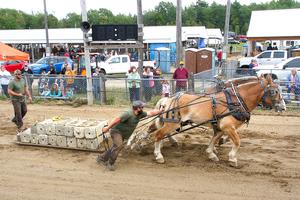 One member of a team of magnificent work horses seemed to require a bit of encouragement during the afternoon Horse Pull event on September 5. 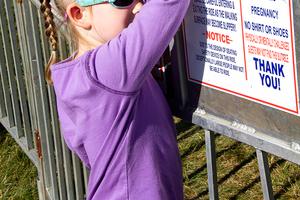 Four-year-old Lily Marks from Bucksport checks to see that she is tall enough for the ride she hopes to go on. 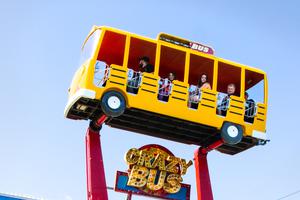 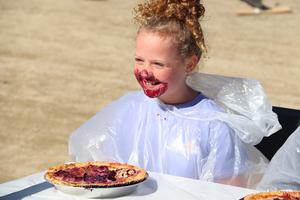 Piper Leighton of Ellsworth competed in the 16 and under category of the blueberry pie eating contest. 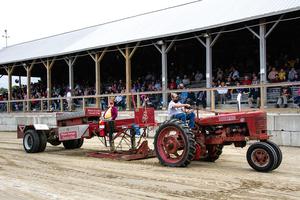 The “drag” pulled by each antique tractor is shown in its entirety being pulled by a Farmall tractor. 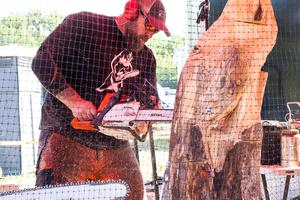 Chainsaw artist Joe Wenal tasked himself beginning with a pine log and carving an eagle in one hour—and succeeded! The painted finished product was on display the following day. 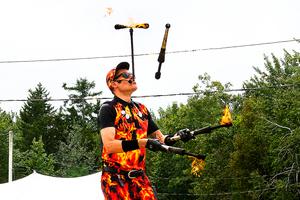 Another new attraction for 2021 was the FireGuy Show, featuring Brant Mathews juggling and even eating fire as part of his performance. 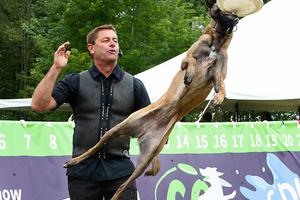 Family-friendly Ready Go Dog Show, a new attraction this year, drew crowds of enthusiastic observers at every performance. The dogs, all rescued from shelters, ranged in size from a tiny chihuahua to a Belgian Malinois. Opening the show was little Tito, small but super-enthusiastic. Vino, a powerful Belgian Malinois, ended the show with amazing leaps and catches.