Blue Hill
Originally published in Castine Patriot, May 27, 2021 and The Weekly Packet, May 27, 2021
New Union 93 superintendent brings 27 years of experience in education to job 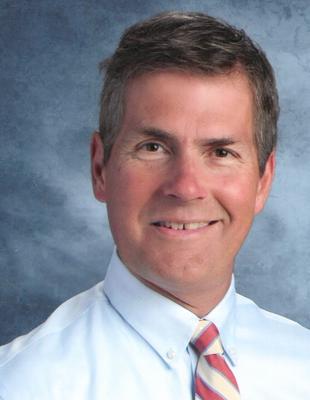 Reg Ruhlin, who was hired as the new superintendent for Union 93 during a May 18 board meeting, said in a May 25 telephone interview that he looks forward to July 1, his first official day on the job.

July 1 also marks the first day of retirement for Mark Hurvitt, after serving as superintendent for more than 14 years. In a December 16 letter to the Union 93 board, Hurvitt said, “I will be 63 this summer, and am ready for a new chapter. Also, I would like to spend more time with my family than I am able to do now, attending meetings most nights.”

Ruhlin said that being named superintendent of Union 93, which serves as the administrative unit for schools in Blue Hill, Brooksville, Castine, Penobscot and Surry, will allow him to utilize his experience working in education as a teacher and as an administrator. A former assistant principal at Brewer High School, Ruhlin has been the principal at Orono High School since 2016.

“I’ve been in education for 27 years,” Ruhlin said. “I have spent a fair amount of time on each level along the way. As a classroom teacher, I’ve been mostly a high school math teacher. I’ve been really interested in taking that next step in district-wide leadership.”

Ruhlin said he was looking “for the right position. I liked the area and the idea of a district in a rural area with community-focused towns. It felt like this was the right place for me to become a superintendent, where people were warm and welcoming.”

“I did my homework,” said Ruhlin, who lives in Bangor with his wife, Jennifer Goldthwait Ruhlin, a native of Bar Harbor. “I heard great things about the schools in the area.”

As with schools across the state, the pandemic provided a wide array of challenges to administrators, Ruhlin said. It also highlighted the link between in-class instruction and academic success.

“It was a tremendous challenge—a heavy lift for everybody,” Ruhlin said. “I think one of the things we’ve learned is that for about 90 percent of the students, in-person instruction is the best model. There is no doubt that at the K-5 level, they should be in-person, five days a week, and I would say that holds true for grades six through eight. Frankly, I would say ages 5 to 16 do better being in school with in-person teachers.”

Ruhlin said he has had great conversations with Hurvitt about the district, the schools and the community. He added that he looks forward to working in the community.