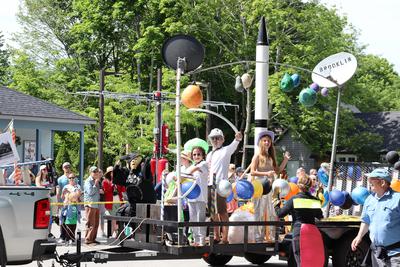 A number of space travelers, including an alien, fly through the parade in style, complete with a rocket and mobile of the solar system.

The Brooklin Fourth of July parade, held at 10 a.m. on Monday, July 5, returned with enthusiastic crowds and beautiful weather after last year’s restrictions prevented the event. Kicking off the day’s festivities at 9:15 a.m. was the Brooklin Town Band, performing at the Friend Memorial Library.

The parade, which began on Center Harbor Road and continued through downtown, featured a variety of themed floats, old cars and, of course, plenty of candy. The celebration continued on until it reached the town green, where the parade broke to make way for games, music and barbecue. 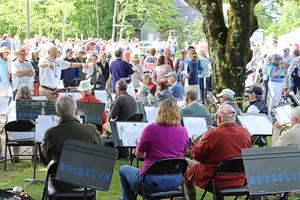 The Brooklin Town Band performs in front of the Friend Memorial Library before and during the parade.

A number of space travelers, including an alien, fly through the parade in style, complete with a rocket and mobile of the solar system. 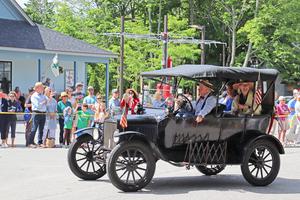 A number of classic cars and trucks participate in the parade. 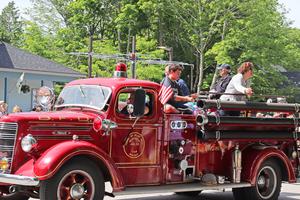 Firefighters and their helpers from Brooklin, Blue Hill and Sedgwick participate in the parade by throwing candy to children from atop their fire trucks.

A beekeeper float, complete with live bees, is a highlight of the parade. 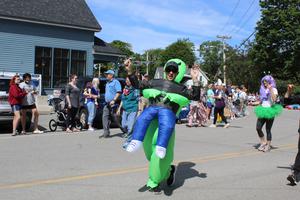 A Brooklin parade participant waves enthusiastically in an “out of this world” costume.