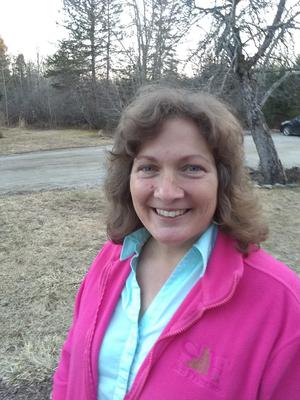 Stacia Nevin, above, has become the newly elected candidate that will hold a seat on the Brooklin Select Board.

On April 2, a former Brooklin school board member, Stacia Nevin, was elected to a two-year term on the Brooklin select board.

Nevin, an EMT/First Responder with the Brooklin Volunteer Fire Department, defeated Katherine Bridges, a Berkshire Hathaway HomeServices Northeast Real Estate agent in Ellsworth, by a 54 to 18 margin. Nevin will take the seat and finish out the term vacated by long-term board member, Deborah Brewster.

A total of 73 in-person and absentee ballots were cast during the election, Town Clerk Heather Candage reported. There were no other contested races.

The town will host two public hearings on Thursday, April 15, in the Brooklin School gym, Candage said in an April 6 email.

A proposed dog ordinance hearing will begin at 6 p.m. A copy of the proposed ordinance is available at the town office.

The topics of the second hearing, scheduled to begin at 6:30 p.m., include a discussion of Consolidated Communications and internet services into the town. Specifically, the hearing will focus on “service levels, plan options, planned system improvements, and an opportunity to register current concerns with CCI,” the email noted.

The annual town meeting is scheduled for Saturday, May 15, at 9 a.m. in the Brooklin School gym.