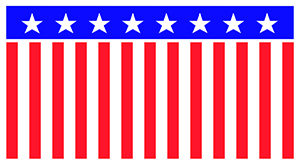 Registered Republican voters in District 7 will cast ballots in a contested July 14 primary race between Brian Langley, who represented the district from 2010-2018, and newcomer John Linnehan, an Ellsworth minister and businessman.

Brian Langley, of Ellsworth, seeks to return to Augusta after terming out of the Senate District 7 seat in 2018. Owner of The Lobster Pot in Ellsworth, Langley said he entered the race to have the chance to work on a now-completed state economic development plan he helped develop. He has experience in four of the major areas covered in the plan: increasing the workforce (“I’ve spent my life doing that and continue to work on those issues.”); fisheries (“I spent six years on the Atlantic States Marine Fisheries Council.”); forestry products (“I’ve worked with individuals, locally.”); and farm-to-table, (“I’ve helped foster food sovereignty and appropriate regulations for farmers.”), and cites his experience creating policy as needed to move the plan forward.

“Then the pandemic comes along,” he said.

Langley pointed to how, under former Governor Paul LePage, a one billion dollar budget shortfall was turned into a $140 million surplus. Looking ahead, “We’ll need people who’ve had real experience in those matters.”

He offers freezing budgets and a blanket curtailment across all departments as keys to curtailing the economic fallout from COVID-19, noting the bulk of the state budget is spent on education, health and human services, and corrections.

“If you look at those three pots of money, to get any savings you have to go there,” he said.

Langley is also running to address a Democrat-controlled legislature and executive branch that, for Langley, means no real strong public debate about issues. “My goal for running is trying to get a Republican-held senate,” he said. “When the real hard decisions need to be made over the next two years, one party rule will own the results for all of that, fairly or not. [The Democrats] would like to have some Republicans to blame and I have a thick skin.”

Langley said he has lots of experience working across the aisle in Augusta, and as a committee chairman, would listen to all sides and testimony, then “take all those threads of truth and weave public policy.” The result is policy and legislation “that isn’t thrown out after two years.”

Issues surrounding COVID-19 include re-opening schools this fall, and Langley believes there should be debate. “Every school that I know and talk to is working on their particular plan,” he said. “Transportation is going to be an incredible issue, and whether to bring sports back….I think the legislature can provide a venue where the public can voice their concerns and opinions.” Specifically, Langley sees online academics combined with in-school attendance for labs and other hands-on classes. “We could help develop best practices for delivering online education,” he said, with the lack of broadband internet delivery “becoming very evident.”

The COVID-19 restrictions imposed by Maine (and all states), and the economic fallout from them, should also be a matter of debate, Langley said. “Intelligent minds can disagree, and the debate should continue [over the shutdown],” he said. He recommends targeted closures—“Those people who are vulnerable, that’s where people should be quarantined”—and using resources to support those most at risk. “We should take a look at what we’ve learned and then develop protocols that people know and understand moving forward,” in the form of legislation, rather than direct orders from the governor’s office. “I’m not the only one thinking this way,” he added.

The biggest challenge facing the legislature is the COVID-19 fallout, he said.

Langley also addressed the recent Black Lives Matter protests, including speaking against looting and rioting: “I love our country because we have the right to protest,” he said. “Oftentimes it makes you feel uncomfortable, and I think it’s good to feel uncomfortable. I probably don’t have a good perspective and understanding of Black Lives Matter issues. I understand but don’t understand. I haven’t lived it.”

A former car dealer and real estate developer, John Linnehan has been an entrepreneur and businessman all his life. Married for 51 years and with two sons, Linnehan seeks a seat in the Senate over “concerns about our state and nature,” spiritually and economically.

“I really see our world spiritually, morally lost its compass—globally,” he said.

As America was founded on Christianity, many of laws, and our constitution and values, “all come from Bible principles.”

A firm believer in the “original intent” of the U.S. Constitution, Linnehan noted, “We’re not a democracy, we’re a republic…now running as a socialist government.”

Conflict arises from conflicting ideologies in government, he said, with “our founders wise enough to see” that rule of law, founded on the Bible and the U.S. Constitution, not “the rule of the people,” should dictate policy.

He notes his opponent is a moderate Republican, while he is a conservative.

While the state can deficit spend in the short term, “the way to a healthy economy is to budget, live within your income, and spend within your means. We have a serious crisis looming.”

Linnehan favors overhauling the existing state budget to reduce spending. “I would take a ruler and pencil and prioritize spending areas,” using a 20 percent cut as the rule of thumb.

“I believe people are really hurting financially,” he said. “I believe in a tax cut, and cut expenses.” If elected to office, Linnehan would try to get on the budget committee as “the key to every problem now is budget. It’s the number one challenge.”

He sees COVID-19 issues as being “totally mishandled in Maine. The models used by decision makers have proven to be inaccurate.”

While the virus is real, the amount of sickness and death projections in the U.S. and Maine have been nowhere close to what has occurred, he said. “Now we have two problems, the virus and the financial, which I think is more serious.”

He advises commonsense precautions over “undermining our freedoms we have under the Constitution,” and thinks businesses should be allowed to open without restrictions.

Linnehan changed his mind about running a Clean Election campaign, under the current economic circumstances, and is now not only running a privately funded campaign but “would cut Clean Election funding immediately. I think that whole program should go.”

While not one for compromising on issues—“I will fight for my opinions,” he said. Linnehan believes legislators from opposing parties should treat one another with respect. “We should be able to discuss and passionately present our cases. It’s not about personal attacks.”

That said, Linnehan is interested in “principles and positions, not the party.” But on “core, key issues,” such as the death penalty and abortion, Linnehan supports a Bible-based approach: “I’ll work together but I’m not willing to compromise.”

As a “100 percent pro-Constitution candidate,” Linnehan said protesting is encouraged, in a peaceful manner, by the Constitution. “If you want to protest Black Lives Matter, you have the right to do that. I would also like to say, all lives matter. There’s only one race and that’s the human race. So all lives matter in God’s sight and my sight.”

The number one challenge facing the legislature? “We’re drifting from our foundational core beliefs our nation was founded on.” 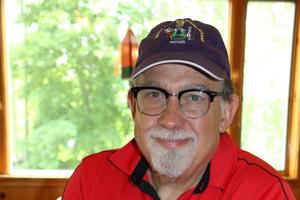 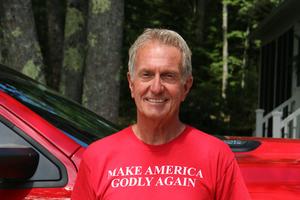