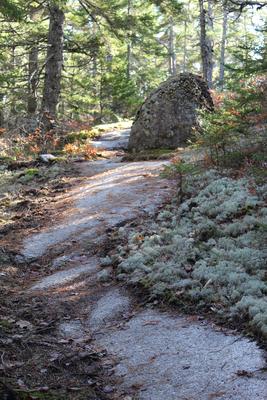 Deep down Herrick Road lies Lookout Rock Preserve, opened by Maine Coast Heritage Trust this summer for anyone up for a short hike up to arresting views over Penobscot Bay to the Camden Hills, and down to Vinalhaven and Isle au Haut.

“Lookout Rock is a small gem!” MCHT Project Manager Ciona Ulbrich said. “It isn’t a long hike but has beautiful destinations at the top.”

From the small parking area, large stone steps lead up Lookout Rock, winding through 17 acres of trees and rock outcroppings rich with lichen and moss, yet the walk to the top is brief enough to carry a picnic basket.

Steward Caleb Jackson worked with summer staff to construct the steps at the entrance, and the trail follows the natural contours of the granite and trees, forming ledges and steps in many spots.

MCHT purchased the property in 2018 through its fundraising efforts and “thanks to a number of area donors who cared about the place,” Ulbrich said. “I believe [it] was a part of a property that was in the same family’s ownership since 1767.”

The trail is open to dogs under control or leashed, but it will be closed come winter for safety reasons—ice on granite slopes is extremely slippery. The parking area is directly across from Robin Hood Camp, about 1.5 miles from Route 15. 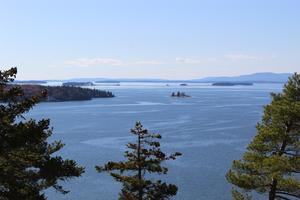 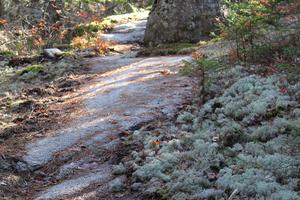 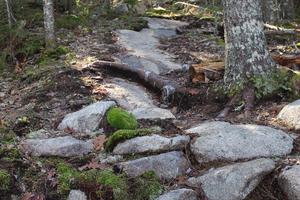 The trail at Lookout Rock Preserve, in Brooksville, follows the natural contours of the granite rocks and trees. 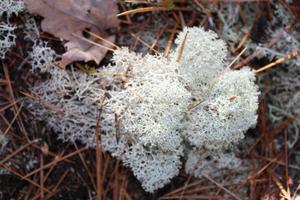 Lichen spreads out over the granite slopes and woods at Lookout Rock Preserve. 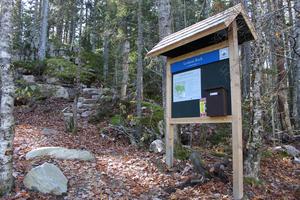 MCHT steward Caleb Jackson worked with a crew to build the granite steps at the trail mouth of Lookout Rock Preserve. 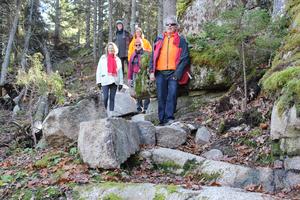 Hikers, from Sargentville and Stonington, descend the trail at Lookout Rock Preserve in Brooksville.