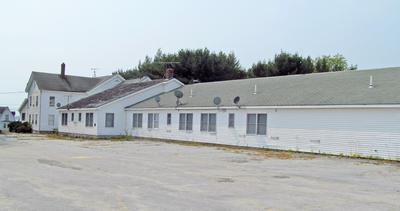 The fate of the former Northern Bay Residential Living Center building remains unclear, according to Penobscot Board of Selectmen Chairman Paul Bowen.

Patients were placed into other institutions earlier this year, and the doors were shut for good this spring. The bed rights, a commodity separate from the facility, were sold to Woodlands Assisted Living Center in Brewer. The Department of Health and Human Services seized the property and placed it in receivership in 2005.

Bowen has been dealing with a representative in the Maine Attorney General’s office; however, those interactions have left him with more questions than answers, he said.

“It’s a concern, really, because we don’t know what is going to happen,” he said. “[Central Maine Power] cut the power earlier this summer, and the backup generators ran for almost a week before anybody noticed. We’re very worried that no one is looking after the building.”

The residential center was once a crucial part of the economy in Penobscot, but now the concern is that the building will “fall into disrepair” and become unusable for the future.

“Ultimately, [the selectmen] would hate to see the building fall into ruins, that’s just unacceptable,” said Bowen. “As it is, the building would need some work, but there doesn’t appear to be any plan to give it what it needs.”

The 42-bed residential living center, opened in 1997, continued to operate until a December 2016 ruling in Maine Business and Consumer Court allowed DHHS to close it unless a buyer was found by January 15. That did not happen.

The town does not have any economic interest in the building outside of liens on the building and land for just under $12,000 for unpaid 2015 taxes, with 2016 taxes still unpaid.

“It’s an unfortunate situation,” said Bowen. “I fear that the town is going to be looking at a declining building for a long time.”