Blue Hill
Originally published in The Weekly Packet, May 25, 2017
Lawrences find fitness center site ‘right in their own back yard’ 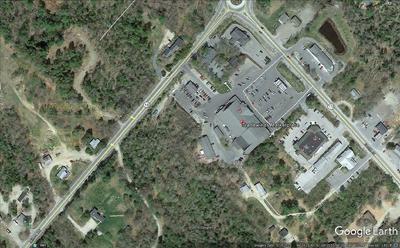 It took more than a year of searching, but a site for a fitness center proposed in 2016 by Chuck and Belinda Lawrence, owners of TradeWinds Market Place, appears to have been found—on three acres of land they own on Mines Road.

The proposed site is wetlands, and will need to be mitigated through landfill—which is why the Lawrences originally looked for a different site.

“I guess I didn’t realize there’s so much wetlands in Blue Hill,” Chuck Lawrence said. “If we’re going to fill wetlands, we might as well use our own.”

The Lawrences first announced plans to build a $3.5 million facility in August 2016, on land owned by George Stevens Academy, for community and school use. That site was rejected because it was wetlands. Next, a proposed site on town-owned land on the Union Street ball fields was discarded because of community concerns.

About two acres will be used for the center, which will be situated next to the Blue Hill Car Wash, also owned by the Lawrences.

“The proximity to town and the current YMCA make this a desirable location for this facility,” Lawrence said. “We’ve tried very hard to find a piece of land that is close to the schools, doesn’t increase traffic in residential neighborhoods, and has public sewer. The land next to the car wash contains all of these attributes.”

Lawrence is aware that the permitting process will likely be a lengthy one, and said he hopes to come before the planning board with a site plan review application this fall, with a goal of opening in 2018.

“It’s been a longer process than we thought,” he said. “But we wanted to let people know it’s not a dead deal.”