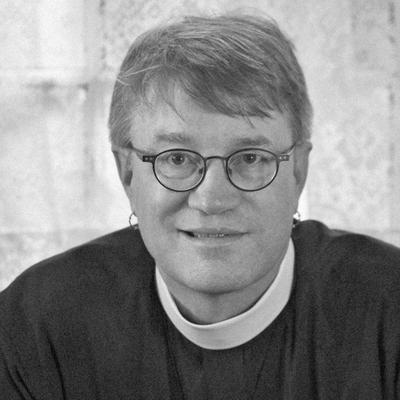 The Rev. Gary Brinn is the new pastor at the Blue Hill Congregational Church.

The First Congregational Church of Blue Hill has a new pastor, as the Rev. Gary Brinn has taken residency in the pulpit.

Brinn said he felt the calling to the service of God at the age of 12, though at the time he did not feel as though it was the correct one, and he spent much of the next 20 years trying to avoid it.

“It just didn’t seem to fit me, and even though I knew what it was I wasn’t ready to hear it, and so I instead worked at other aspirations,” he said while sitting in his new office during a recent interview.

An experience during the September 11 attack on New York City jolted something within Brinn, though, who entered into the seminary soon after.

“I was working for a multimedia company in Manhattan when the planes hit the World Trade Center, next to where our office was,” said Brinn. “I sort of took charge to make sure everyone was safe. One of the survivors was concerned about his wife’s safety and whether or not she was alive, and when I went home that night his voice and his concern for his wife stuck with me. I realized that people live with these ‘one day’ plans. You wake up, you go to work, and it’s just expected that you’re going to plan on coming home from work and having dinner with your family. That’s just the plan, and in one second that whole plan can change.”

Brinn did his undergraduate studies at Hunter College in New York and earned his master’s degree in Divinity at Harvard University. He did a one-year fellowship at Vassar College in Poughkeepsie, New York, and entered the ordained ministry soon after.

“It was absolutely the right thing to do,” said Brinn of his decision to answer the calling he had felt at 12 years old.

Brinn served as the pastor in a few congregations in New York before taking the position in Blue Hill.

“The United Church of Christ, which is the denomination the Blue Hill Congregational Church falls under, allows us to choose where we want to serve,” said Brinn. “I chose this one because it is a congregation that is doing some pretty amazing things. This community has been wonderful.”

Brinn said one of the greatest things about serving the congregation in Blue Hill is that the church is “much more” central to the community, so the role of the pastor bridges into an almost public role.

“I’ve only been here for a couple of weeks, and already I’ll walk into the grocery store and people recognize me,” he said.

Brinn said he feels blessed to serve under the United Church of Christ, as it is a progressive style of religion, which allows him to serve members of the public openly and without judgment.

“As a whole, UCC is a progressive movement, the people of the congregations have freedom to be who they are,” he said. “This congregation in particular is open and affirming. We welcome everybody, from all walks of life, regardless of how they identify.”

That progressive belief and Brinn’s eclectic variation of hobbies find their way into his Sunday sermons, many of which, he says, tend to write themselves.

“It’s interesting, some times I’ll sit down to write a sermon and it’ll come to me, but two days before I have to deliver it I feel like it isn’t the right one; so, I’ll have another one come to me and come Sunday it is exactly the sermon I need to deliver,” said Brinn. “I like hip-hop music and playing X-box, so in some of my sermons I’ll reference philosophy and a rap song in the same one, to keep it culturally relevant.”

One example of that is a sermon he wrote just days before the mass shooting at Pulse Nightclub in Orlando in June.

“I wrote a sermon about acceptance in the gay community and tolerance within the hatred of the world. I delivered that sermon the day after the Pulse shooting. I don’t know why I wrote that sermon that week, but it was just one of those things where I felt very strongly that was the sermon I needed to give,” he said.

Brinn said he ultimately hopes that people take something away from his teachings every week and apply it to their every day lives.

“God’s word and real life are what ultimately make up a person,” said Brinn. “Most importantly, I want them to take something from those things and use it to be the amazing, compassionate, creative artists God wants us to be.”