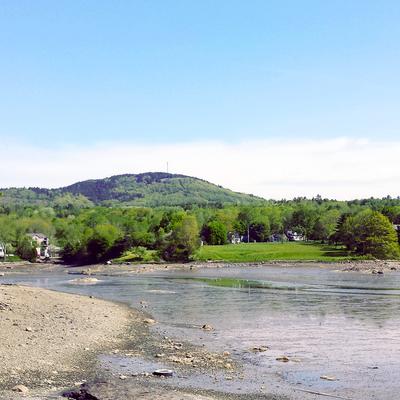 The monitoring crew of Marine Environmental Research Institute, or MERI, began its sampling and testing of the waters of Blue Hill Bay, on July 7, after a heavy rainfall two days earlier.

Keeping an eye on the waters of Blue Hill Bay, which flow for about 14 miles from the western side of Mount Desert Island into Blue Hill, the monitoring crew of Marine Environmental Research Institute, or MERI, began its sampling and testing on July 7, after a heavy rainfall two days earlier.

Four of the six beaches sampled contained elevated levels of enterococci bacteria, which serves as an indicator of contamination, but samples taken the next day showed only one beach with enterococci levels above the 35 colony-forming units in 100 ml, the water quality standard set by the Environmental Protection Agency.

“High enterococci levels for July 7 was probably due to the rain-induced runoff, which can cause spikes in bacteria levels when fecal contaminants are washed into near-shore areas,” MERI research coordinator Madelyn Woods stated.

However, the EPA often recommends that people “delay swimming for 72 hours after significant rain events to allow time for coastal mixing to reduce potential risk of illness,” Woods stated.

Surry Town Beach and the Blue Hill Country Club did not have levels above the EPA parameters in samples taken on both days.

MERI has taken on the task of checking for the presence of bacteria, including enterococci in the absence of state monitoring.

While the Bay covers 287 miles of shoreline, it is too small to qualify for the Maine Healthy Beaches program for beaches, so MERI has stepped into the gap for Blue Hill and Surry.

“It’s an important public service,” MERI Director and Founder Dr. Susan Shaw said. “We have five local beaches that are a potential source of threats to public health.”