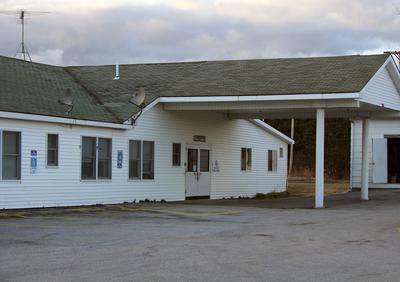 Penobscot Nursing Home in April of 2012.

Penobscot Nursing Home will be spared from closure for the foreseeable future, giving owner Sifwat Ali of ELR Care an 18-month opportunity to prove the business can be viable.

The nursing and care facility will not be dissolved and its assets sold to a for-profit company seeking to build a new facility in Bucksport, as requested by the Department of Health and Human Services—but that does not end the problems that have encumbered the facility since 2008.

The last few years have been full of legal maneuvering for PNH and up until the most recent court order signed in late January, its fate was unclear. Although, said Selectman Paul Bowen in a recent interview, there are still a lot of answered questions.

In October the towns of Penobscot and Blue Hill were given “intervener” status and allowed to participate in future negotiations aimed to satisfy the court order brought by DHHS.

As a result of negotiations between Ali and his creditors, DHHS and the towns, with oversight by Kennebec Superior Court, a way forward was outlined giving Ali access to the day-to-day operations of the facility—an opportunity he has not had since the facility was taken into receivership—and the opportunity to bring the facility back into good standing. As ordered, Ali can appoint a vice president of operations to work directly with the current receiver, Michael Tyler of Sandy River II, with the goal of eventually succeeding the receiver.

Penobscot Nursing Home is one of six facilities owned in Maine by Ali, and all are in receivership. And while the court documents outline a way forward for all facilities, PNH has a separate clause allowing the towns of Penobscot and Blue Hill an opportunity to weigh in on the facility, should it not be deemed viable.

As outlined in the most recent court documents, ELR Care must file and seek approval for a wastewater treatment facility in Penobscot. Land behind the school has been made available to PNH in a no-cost lease, said Bowen. The land, once owned by Wendell Dennison, the prior owner of the nursing home, and donated to the town, is the site of the school’s wastewater treatment system. During the soil examination for that project, areas were identified to accommodate PNH. Bowen said the site is farther away than the school site, and expects that the town may be asked to assist the nursing home in obtaining the system. “Any action would, of course, have to be approved by the voters,” said Bowen, adding that the town is open to discussions.

The timetable for Ali to prove that the nursing home can be viable has been broken down into six “quarters,” and by quarter four (roughly one year) ELR Care must submit a budget to DHHS to determine “viability,” or arrange for bankruptcy protection. It must also complete the wastewater system for PNH.

If a facility is not deemed viable, there is a “wind-down scenario” built into the process. “Within 90 days of the determination that one or more facilities is not viable, ELR may postpone the later stages of the wind-down scenario by providing DHHS with a signed purchase and sale agreement for that facility to a purchaser qualified to operate the facility who intends to operate the facility or who has secured suitable alternative placement for the residents….”

While Bowen said he is “more optimistic” than he has been regarding the fate of PNH, he is unsure what the future will bring. The town “needs it to exist for as long as possible,” he said, adding that it is not only of “community-based value” to the town, but “it is where the residents want to be.” He said that the state as a whole could benefit from the addition of nursing homes beds throughout, but the state’s inability to pay for them is where the problem arises. But, he said, that is another discussion entirely.

Despite several attempts, Ali could not be reached for comment by press time.