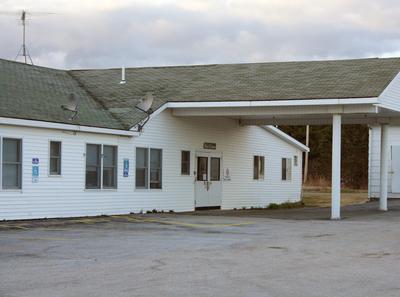 The future of the Penobscot Nursing Home, under receivership since 2008, is under discussion by the Department of Health and Human Services. The last step in the DHHS-proposed process is to “close the Penobscot facility once the residents of Penobscot are safely located to a new facility.”

With the Penobscot Nursing Home facility in state-appointed receivership, the future fate of the 96 long-term-care beds and possibly the business as a whole is uncertain because of recent developments.

According to information obtained by the Castine Patriot from Kenneth Albert, the newly appointed Director of Licensing and Regulation for the Department of Health and Human Services, DHHS filed a court motion April 6 to have the receivership, in place since 2008, lifted so it could “take possession of the bed rights…”

In addition, DHHS seeks to “order the sale of the beds to a qualified entity who will agree to take all of the residents of [PNH] at their facility (or care for them in a facility in Penobscot if that is what the purchasing entity so chooses to do with the purchased bed assets).”

Elaborating on this, DHHS Communications Director John Martins said on April 10, the goal “is to have one entity purchase all the bed rights.”

The last step in the proposed process, as outlined by Albert, is to “close the Penobscot facility once the residents of Penobscot are safely located to a new facility.”

The closure of the facility could still be years away, said PNH Administrator Irving Faunce to the Penobscot Board of Selectmen on April 19, because a new facility would likely need to be built elsewhere. Faunce also said that DHHS officials told him that the closure would not be imminent, but that a planned transition is likely to occur once the sale of the bed rights has been approved.

Faunce said even though PNH has made significant improvements since the state has taken it over, it is unlikely it could ever financially exist outside of receivership.

That sentiment was also echoed by Albert, who wrote in an April 10 e-mail, “We explored all possible options, including keeping Penobscot [Nursing Home] open, and [the above laid-out plan] is the option that DHHS and the Emergency Receiver believe is the most productive for the residents.”

According to Albert, the court must approve a way forward and make a determination about the receivership, after hearing from interested parties. “We estimate that could take at least several months,” he said. Albert has yet to explain how and when public participation would occur.

As of April 11, First Atlantic Healthcare, LLC (a part subsidiary of Eastern Maine Healthcare Systems’ Rosscare) has indicated to DHHS it is interested in purchasing the bed rights. First Atlantic has received preliminary DHHS approval for construction of a 61-bed facility in Bucksport, although the application does not specify that those beds would come from a sale of bed rights from PNH. According to DHHS documents, the new facility in Bucksport “is expected to in part replace capacity at the following two facilities: Atlantic Rehab in Calais and Collier’s Nursing Home in Ellsworth.” Atlantic Rehab has 52 licensed nursing home beds; Collier’s has 40.

The Castine Patriot continues to seek additional information about the process from DHHS, but as of press time has been unsuccessful in sorting out all details.

Also potentially interested in bed rights from PNH is the Deer Isle-based non-profit Island Nursing Home. The board of directors convened a meeting April 10, said INH Director Marc Polurde, and voted to contact the Attorney General’s office and see if they can procure some of the bed rights. Plourde would not say how many beds INH would seek.

Former Representative Jim Schatz, of Blue Hill, who is seeking election once again to House District 37 (which includes Penobscot), has been working through the various departments of DHHS and across other entities to see if a chance still exists to save the Penobscot facility. In attendance at the April 10 meeting of the Penobscot Selectmen, Schatz said he would continue to gather information and try to work toward a solution that works for the facility, its employees and the town.

PNH at a glance

The Penobscot Nursing Home owns bed rights for 96 beds, but operates 88. Currently, the facility is full and there is a waiting list for additional clients. PNH employs 85 people and has an annual payroll in excess of $2.5 million.

Penobscot Nursing Home also pays in excess of $20,000 per year to the town of Penobscot for assessed taxable valuation. It is the largest employer and business in Penobscot. Taxes continued to be paid to the town, say selectmen.

The business was sold in May 2006 for $2.75 million to Connecticut-based Eagle Landing. Former PNH owner Wendell Dennison holds the deed and paperwork to the building.

The building, without its contents and bed rights, are not believed to be of very much value, agree Faunce and the selectmen, due to deteriorating conditions and the need for a new wastewater treatment plant mandated by the Dept. of Environmental Protection.

“The value is in the bed rights,” said Faunce, estimating that on the open market bed rights sell for about $20,000 each. That would make PNH’s bed rights worth nearly $2 million.