Boats and floats in Brooksville

Over 40 boats, ranging from schooners to lobster boats, floated past the Bucks Harbor Yacht Club during the Brooksville Boats and Floats parade on July 30. The porch and yard of the yacht club were filled with spectators who watched and cheered as the boats came by in varying forms of decoration, from happy birthday balloons to a hula dancer to an early Christmas holiday celebration. The Gumpie II, owned by Phil Friend earned third place, while Peter Webber’s boat Mr. Speedy came in second. Frank Peasley’s boat Hannah Marie took first place honors. 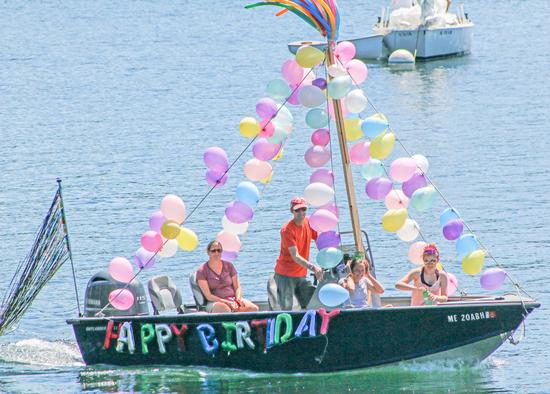 Brooksville is celebrating its 200th anniversary this summer with a number of events, including a boat parade and the upcoming parade in town on August 5. Pictured, a boat decorated to wish the town of Brooksville a happy birthday participates in the boat parade. 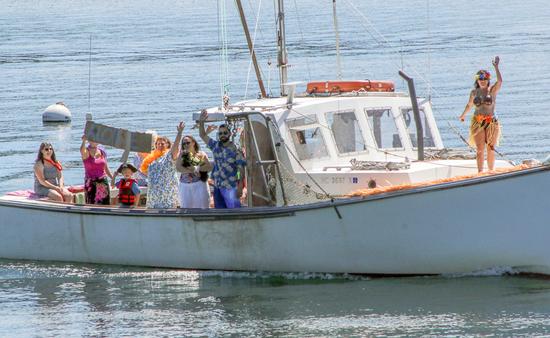 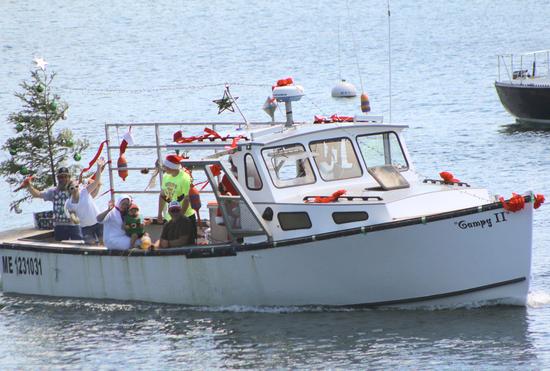 Santa Claus and a Christmas tree are aboard the Gumpy II for an early holiday celebration. 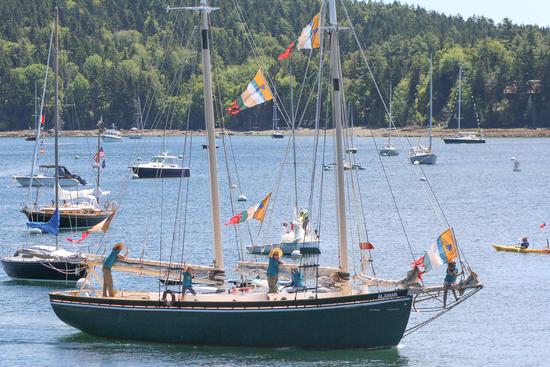 Decorated in festive flags, The Alamar, owned by Nigel Chase, makes its way through the harbor.