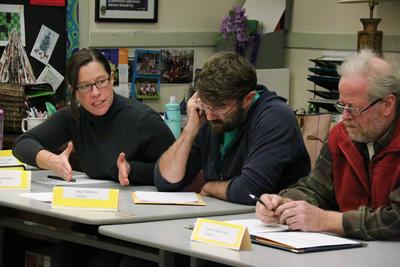 A proposal presented by George Stevens Academy for a tuition increase that would raise the per-student cost from $11,759, paid this year, to $14,648 by 2022-23 continued the discussion on the independent high school’s recent announcement of a looming budget gap in its operating expenses.

Heeding a call for transparency in its financial information, the school also provided its 2019-20 operating budget and draft audit and two years of simple expenses-to-revenue for the international boarding program, which has added revenue to the overall operating budget but has drastically decreased over the last two years for reasons outside GSA’s control.

Measures towards increasing communication between the GSA administration and school boards and selectmen of the seven sending towns—Blue Hill, Brooklin, Brooksville, Castine, Penobscot, Sedgwick and Surry—are under way.

“You asked for transparency,” Chairman of Trustees Samantha Politte told the Union 93 board December 18 at its end-of-year business meeting at Penobscot Community School. “We heard you and we have a lot of different ideas on how to approach that.”

It could be a case of too little, too late for some towns, who already are crunching budget numbers for 2020-21.

“It’s a punch in the stomach,” Union 93 and Penobscot School Board Chairman Jerry Markley said after the meeting. “I’ve talked to people around here, explained how much it was going to cost. It just seems like the last number of years GSA has held itself as a private academy. It just seemed to work and everybody just let it go.”

This tacit understanding that developed between GSA and its sending towns was based on towns paying the state-set tuition, keeping the rate within a few hundred dollars of public high schools.

But Penobscot resident Greg Bowden compared the approximately $9,000 charged by Bucksport, where about one-third of the town’s current 27 high school students attend, questioning what the return value was for spending $5,000 more at GSA per student by 2022-23.

“I’m really struggling as a taxpayer to understand,” Bowden said. “There isn’t anything about this that makes logical sense.”

Union 93 Superintendent Mark Hurvitt said December 20 that Bucksport charged $9,888.90 per high school student in 2018-19, when the state tuition was close to $11,100. However, GSA Head of School Tim Seeley has drawn from Maine Department of Education data to state that GSA’s $14,200 cost per student is about $100 higher than the state average for high schools of a similar size, about 300 students, not including transportation and special education costs.

“It’s true, there will be cheaper options for towns,” Seeley said after the meeting. “I hope towns will feel GSA is worth it. The towns are going to have to decide.”

All seven schools will have to separately address the request in their school budgets and then recommend whether voters approve or defeat the request, which will be a separate warrant article or referendum vote, with specific language still to be determined.

For Blue Hill, with the largest high school population, the initial rise would add about $68,000 to its 2020-21 budget, the same year the town starts loan repayments on a $1.5 million renovation just completed at the Consolidated School.

“It’s going to affect the whole budget,” Blue Hill School Board chairman Janis Snow said. “I don’t know how that will go.”

Access to GSA’s financial documents are a plus, she said. “I’m hearing a lot of frustration [from taxpayers] about their lack of openness about budgets. It’s the transparency question I know GSA is trying to address. For GSA, it’s a big step. In terms of our own school boards’ familiarity with our budget, it’s not.”

With town meetings starting in early March and ending in May, voter approval for the request will be drawn out. Seeley has said that with a 20 percent projected budget shortfall without a tuition increase, programs and class sizes will change. Brooksville School Board member Barbara Blake-Chapman noted that GSA presenting its case at each town meeting would be critical.

But for Blue Hill board member Jonathan Smallidge, the request again raises the idea of a public high school on the peninsula.

“This goes beyond nickel and dimes. It goes to quality of life,” he said. “It’s a struggle for me. I’m a huge advocate for public education.” 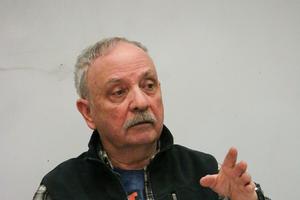 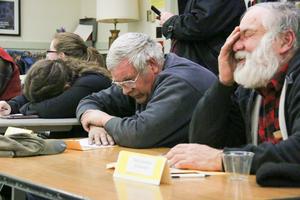 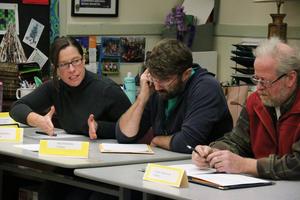