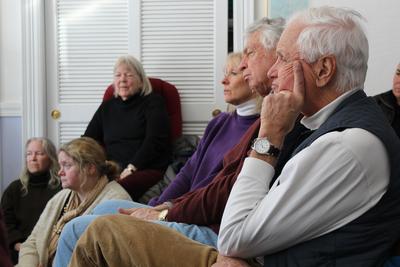 A January 17 meeting of selectmen from George Stevens Academy’s sending towns—Blue Hill, Brooksville, Brooklin, Castine, Penobscot, Sedgwick and Surry—to discuss the independent school’s request for a $563 per-student tuition increase in 2020-21, was partly sidelined by an earlier announcement from GSA, reducing the amount of the request to $300.

GSA’s new proposal lowers the financial hit to school budgets, at a time when many districts are deep in 20-21 budget drafts or have completed them, and removes the legal requirement for voter approval. Because the increase will come from raising the Insured Value Factor from 6 percent to about 9 percent, and Maine law allows independent and private schools to charge from 6 to 10 percent IVF, both GSA and School Union 93 attorneys confirmed no town vote is needed. For 2019-20, GSA charged 6 percent IVF.

“It is important to note that this reduced request means our financial situation will continue to be very challenging, and we forecast a deficit,” GSA Board of Trustees Chairman Samantha Politte wrote to select boards, school boards and superintendents in the morning’s emailed announcement.

She spoke in starker terms at the meeting, noting the low, 1.6 percent state high school tuition increase for 2020: “The state’s killing us. We need help on the local level.”

Responses and discussion from selectmen in area towns varied.

“There’s the legal and there’s the political,” Blue Hill Selectman Jim Dow said. “This is a sea-change in the way we fund our schools, and people ought to have a voice in that.”

“It gives us an additional number of months…to deal with GSA and the issues we may or may not have with them, individually or together,” Brooklin Selectman David Reiley said.

Others voiced concern over not holding a town vote.

For Sedgwick, with town meeting falling on March 7, a referendum question, requiring 60 days notice, is off the table. “Not only is the referendum an issue, even a warrant article [is],” Sedgwick Selectman Ben Astbury said. “If some of these details aren’t hashed out we may not be able to get [it] onto the warrant.”

Since the request arrived in December, selectmen and school boards have questioned the timing of the request and the lack of foresight and planning by the school, which saw revenues falling since the number of international boarding students began to decline two years ago. Suggestions were made for GSA to use other means besides taxpayer dollars to fill the gap, such as the school’s endowment, partly in the form of real estate, including the Union Street dormitory built in 2016; more aggressive fundraising; and staff cuts.

Another concern is that approving the increase for GSA sets a precedent.“It’s an opening for other private schools,” Surry Selectman Betsy Armstrong noted. Local students attend Blue Hill Harbor School and John Bapst, both private/independent schools.

“This is a real tough pill to swallow,” Harold Hatch, Chairman of the Penobsoct Board of Selectman, said. “This is a substantial amount of money in a short amount of time.”

But praise for GSA was also forthcoming. “GSA, as far as we’re concerned, is the top school in our area,” Brooksville Chairman of Selectman John Gray said. “We’re an old town and we want young families to move in. Their first question is schools.” Gray offered the often-raised idea of consolidating the elementary schools instead. “That’s really where we can bring down the town’s cost of education.”

A call for more transparency in finances is part of the conversation, and while the school has released many financial documents, towns want to see actual expenses and revenues rather than the projected budget that was released. Selectmen and school boards also want a seat at the decision making table, with a call for a “super committee” formed by a selectman and school board member from each town, along with a GSA representative (or two).

“I think the consensus is we need to be unified,” Leach said, noting at the meeting’s conclusion, “[This] is a good first step in coming together.”

Head of School Tim Seeley also was encouraged. “There was a clear sense in the room [that] people value GSA and they don’t want us to go away. But the funding is tricky and the timing is tricky.”

And the warrant article requesting a $563 increase, already drafted by attorneys? “I think everything is up in the air right now,” Union 93 Superintendent Mark Hurvitt said. Union 76 Superintendent Chris Elkington agreed: “Sorry to say we are still a long way to having this done.” 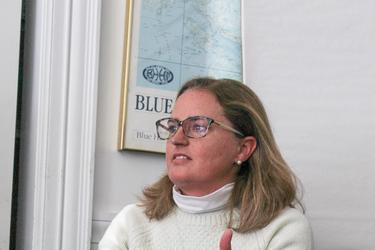 Chairman of the GSA Board of Trustees Samantha Politte pleads GSA’s case for higher tuition and says the school will work with towns moving forward at a January 17 peninsula selectmen‘s meeting in Blue Hill. 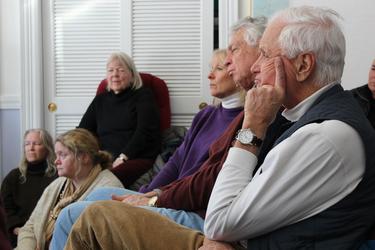 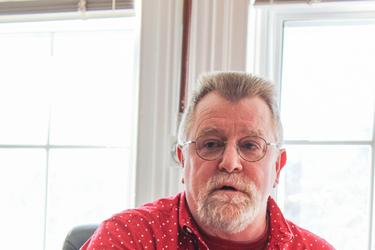 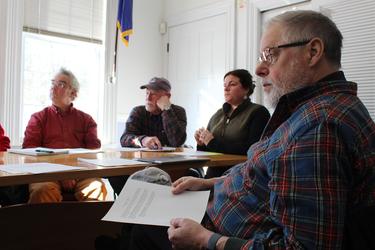