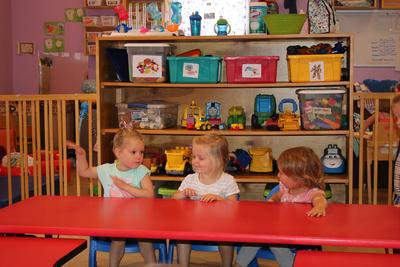 With the school year around the corner, peninsula parents were busy with back-to-school shopping for their children, perhaps envisioning the days ahead when juggling family, work and summer fun would no longer be a daily challenge.

But parents who rely on Blue Hill YMCA Child Care Center for infants, toddlers and preschoolers received a shock August 29 when a letter from Down East Family YMCA CEO Peter Farragher informed them that the center would close on September 13.

The reason for the closure was financial, Farragher said. “We’ve been working the numbers for a while, hoping for a boost with fall [enrollment] numbers.”

With the introduction of pre-K in local schools over the past few years, child care centers have been hit all over, Farragher noted. “We’ve been barely breaking even,” he said, and for 2019-20, the center was faced with the prospect of losing about $34,000 this year.

“It was gut wrenching from what we had to do from an organizational perspective,” Farragher said.

An August 29 email to Matt Mattson, who sits on the YMCA board and its finance committee, asking for details on the decision-making process was not answered as of press time.

Farragher emphasized that the timing, right before the school year, works well for the staff, as child care centers and schools are still filling positions in late August, without directly addressing the child care crisis for parents with children enrolled.

In addition, Farragher said that all eight staff members may apply for positions in the Y’s Ellsworth childcare centers or, in an agreement with TradeWinds Market Place owner Chuck Lawrence, at the TradeWinds store.

Drayna said one staff member had accepted a position in Ellsworth. Others are unsure, while preschool teacher Nichole Johnson is taking the lead in opening a new center, although even if fast-tracked by the state licensing agency, couldn’t open until mid-October, at the earliest.

Drayna agrees with Farragher’s assessment that public preschool was a game-changer for local child care.

“When Blue Hill and Surry pre-K opened, I saw a big drop [in preschoolers],” she said. “It had been double the size.”

The center holds about 23 children at capacity, and opened an infant room three years ago, a move to balance the loss of preschoolers to public schools. “I’ve seen a lot happen here,” Drayna said. “I never thought I’d see the doors close.”

The Blue Hill YMCA Child Care Center opened in 2013 and expanded its space last year, in a TradeWinds-owned building it leases for $1 a year. The adjoining Y Fitness Center covers electricity and propane costs, so the operating loss of revenue from fewer children is a direct loss, Farragher said.

The YMCA plans to open a supervised, drop-in rec center for third graders and above, for after school and no-school days, Farragher said. “We’re trying to make lemonade out of lemons.”

For parents stuck with the prospect of searching for an open day care spot on short notice, there is one unanswered question: Why weren’t they given more notice or the opportunity to help, through paying higher fees and/or fundraising.

Families may apply for a spot in the YMCA’s Ellsworth child care center, Farragher said.

But for those who already drive from Deer Isle or Brooksville to drop children in Blue Hill for child care, Ellsworth may just be too far, and/or empty spots may no longer be available.

“We could have addressed the problem,” said Blue Hill parent David Gutcheon, who has a 3-year-old son enrolled at the Blue Hill center. “The fact that they clearly took no steps to try and alert the families that there was a problem…This blows a huge hole in our town.”