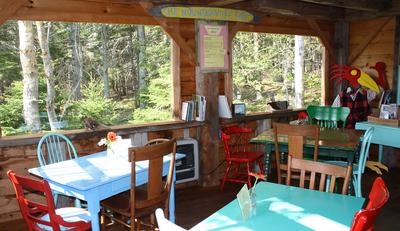 The cafe at Nervous Nellie’s Jams and Jellies, which recently received a nod from USA Today for its homemade jam, is a good place for patrons to enjoy one of Maine’s “iconic” foods.

Locally brewed beer and homemade jams may not sound like they have much in common, but the two respective products from DeepWater Brewing Co. and Nervous Nellie’s Jams and Jellies have been named to USA Today’s top 10 list of “iconic Maine foods that you should eat on your next visit.”

The email came in from [USA Today writer Allison Tibaldi] at 6:40 a.m., when I was getting out of bed,” said DeepWater Brewing Co.’s Tim Hikade. “I often get scam emails, and was skeptical to click on the link, but the author was so enthusiastic in her note that I went ahead anyway.”

The email was not a scam and informed him that his locally crafted beer was on a list that also included donuts from Holy Donut, Wicked Whoopie Pies’ namesake in Freeport and Farmingdale, red snapper hot dogs from W.A. Bean & Sons in Bangor, and the Maine-famous soda, Moxie.

“There are plenty of other brewpubs that offer excellent beer and food, who could have easily made this list, but I guess the author must have liked what she experienced when she was here. We have an excellent staff, and they deserve the credit as much as anyone,” said Hikade.

There are also plenty of jam-makers around the state, but at Nervous Nellie’s patrons will find jams made by Peter and Anne Beerits using the same technology as they did 30 years ago, all while being surrounded by Peter Beerits’ whimsical and charming artwork in Nellieville.

“Our jam is made by hand in small batches in our pine-paneled kitchen on site,” said Peter Beerits. “We are also able to get our berries from local growers.”

Maine brings in millions of tourists each year, many of whom have their eyes set on the big ticket locations of Portland, Bar Harbor, and others they made have heard of through movies or from people of celebrity status. For Beerits and his wife Anne, having people do extra research to find the more “out of the way” locations, such as Deer Isle, is important for the economic wellbeing of his community.

“A business such as Nervous Nellie’s takes in money from all over the country and spends it locally,” he said. “Deer Isle is beautiful, and has character and great people, but it is not a wealthy place. This economic transfer enables people to have jobs on the island.”

Hikade said he feels the same about his location in Blue Hill, in regard to pulling people deeper into Maine’s smaller, but equally as special, communities.

“Maine has so much more to offer. If businesses like Nervous Nellie’s and DeepWater are able to present our little slice of the coast to a broader audience, in a positive light, then it stands to reason that those folks who may have normally headed to Bar Harbor for their vacation, might take a detour and see all that the Blue Hill Peninsula and Island have to offer,” said Hikade. “That being said,” he added, “I kind of like that the peninsula and island are ‘Maine’s best kept secret.’” 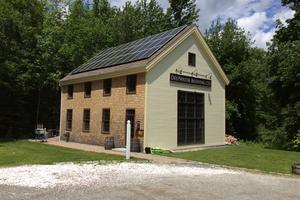 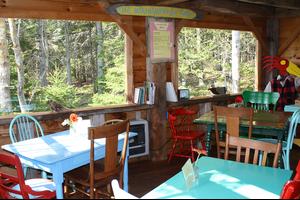 The cafe at Nervous Nellie’s Jams and Jellies, which recently received a nod from USA Today for its homemade jam, is a good place for patrons to enjoy one of Maine’s “iconic” foods.