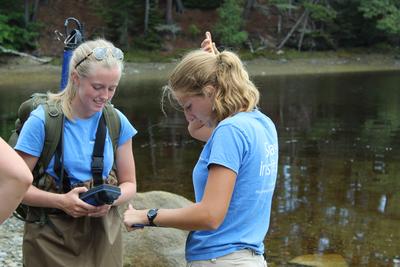 Researchers from The Shaw Institute in Blue Hill and students in the Maine Maritime Academy Ocean Studies program took part in the first-ever Shell Day on August 22, a day dedicated to testing the waters from the coast of Maine to Long Island, New York, to help better understand some of the issues surrounding a decline in a healthy shellfish population.

In recent years, red tide, warming waters and higher acidity levels have caused shellfish harvesting along the coast of Maine to shut down, sometimes for months, while the shellfish try to become healthy again, said Shaw Institute researcher Heather Richard. Richard explained that there are a variety of reasons for the issues surrounding shellfish health, from an excess of unhealthy carbons coming from the air into the waters, to general climate change. The purpose of taking samples is, in part, to help assess what steps and solutions will have to be taken moving forward.

“It is hard as water chemists to understand if it’s carbon dioxide or any other chemicals that could be affecting coastal waters,” said Richard while she and her crew tested the water at Peter’s Cove, one of two spots sampled in Blue Hill. “It’s possible that something like too much salt in the water could effect the shellfish’s shell-making abilities.”

For Maine Maritime professor Sarah O’Malley and her students, testing the area waters was a familiar task, and they have been doing this for several years as part of a statewide Seanet grant. The grant has allowed them to test at six different sites along the Bagaduce River. When it came time for O’Malley to choose sites to test as part of Shell Day, it was obvious to continue in the same locations.

“We picked one on the lower Bagaduce just upstream from the harbor, one in Northern Bay and one just upstream of the reversing falls at the Brooksville town landing,” said O’Malley. “These three sites should give a picture of how alkalinity could change over the course of an estuary. Conditions in the upper estuary, where the majority of the oyster farms are sited, are different in many ways from the lower river. Salinity and temperature are the big [differences].”

Aside from testing waters and sending samples to the Darling Marine Center in Walpole, scientists and researchers used Shell Day as a way to connect with community members about the effects of climate change, chemical imbalances in the atmosphere, and giving more understanding to their general research and practices.

“Carbon pollution is invisible, and the chemistry that happens when carbon dioxide mixes into the ocean is complicated. Community outreach provides the opportunity to show and tell about these processes in a way that makes more sense than just reading about it in a book or magazine,” said Richard. “Also, the issues of climate change can be scary and overwhelming. Community outreach provides empowering opportunities for the public to be part of the solution.”

Over 60 organizations along the East Coast participated in Shell Day. The results from the samples will now be tested and analyzed, but will not be ready for a few weeks. 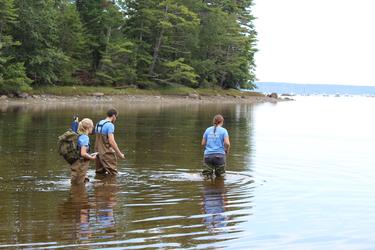 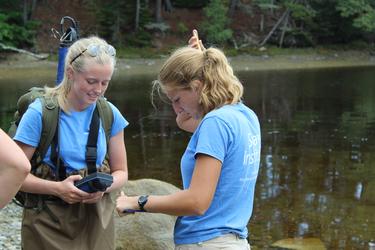 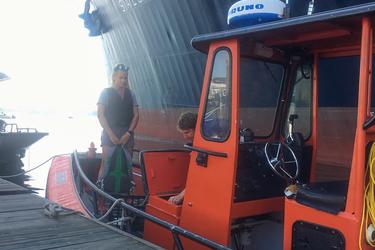 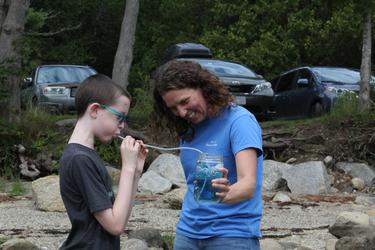