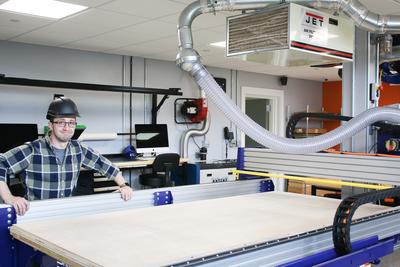 What opened in 2014 as the IDEA Center at Blue Hill Consolidated School received a big upgrade alongside the school’s major renovations this summer, more than doubling its size and adding new equipment to qualify as an official digital fabrication “makerspace,” the only publicly owned one in the state.

“The new space is really important,” BHCS Director of Technology Matt Jurick said. “We were so packed in [before] but kept adding more. We ran out of space.”

From the start, Jurick envisioned the lab as a makerspace for students and community members, and over the past five years has continually raised funds through grants and individual donors to create and improve the center.

A full-size CNC milling machine has been added that can handle full-size 4’x8’ piece of wood or foam, while the larger room fits up to 15 students or other users at a time. A laser cutter—“our bread and butter,” Jurick said—3-D printer, vinyl cutter, and electronics bench, and computers complete the lab, along with basic hand tools and the like. The upgrade will also allow students to work with metal for the first time.

George Stevens Academy students were given access to the lab in 2018-19 through a pilot program that included a digital fabrication class held at BHCS and taught by GSA teacher Eric Gallant that will expand to two classes this year, Jurick said.

And community members will also have the opportunity to use and learn at the Fab Lab, with open lab times, “guru” volunteers, and workshops. Small usage fees will be charged “depending on the time and machine [used],” Jurick said. “We’ve been trying to keep it as affordable and accessible as possible.”

The Perloff Family Foundation, Maine Community Foundation, BHCS Boosters, EBS (now Hammond Lumber), The Home Depot and Stanley Subaru were joined by individual and family foundation contributions to help fund the center, from its start through the upgrade. Jurick also raised $5,000 through GoFundMe last year, and GSA “has been a great partner for a while,” he said, helping fund the purchase of the $25,000 CNC machine.

An open house will be held to introduce the community to the new Fab Lab at the end of September, signaling its official kick off.

“This is new territory,” Jurick said. “We’re the first elementary-middle school we’ve been able to find that’s done something to this magnitude.” 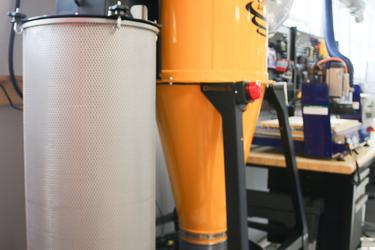 Equipment and tools line the walls of BHCS’s digital fabrication lab, which has moved into a larger space and added equipment. 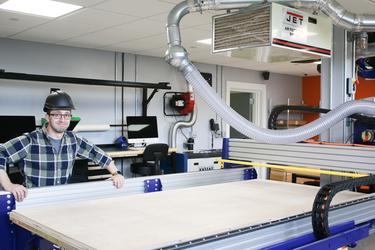 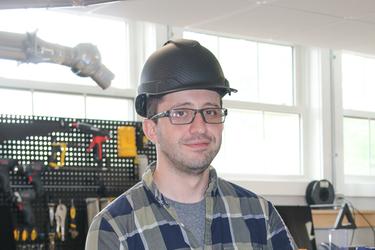 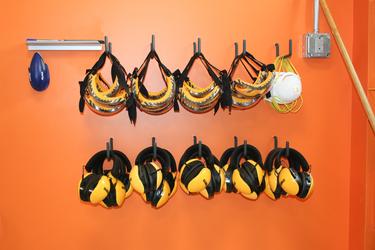 Protective gear hangs on the wall at the BHCS digital fabrication lab.