Becoming the ‘king’ of the butterflies 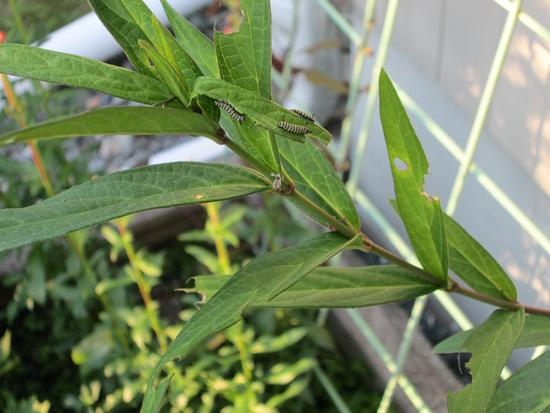 Larvae of the summer’s third generation of endangered monarch butterflies are growing fast in Green Thumbs garden columnist Caroline Spear’s garden. Approximately 30 eggs were laid on her one swamp milkweed plant in mid-August. The larvae will shortly molt for the fourth time and are eating voraciously. A final molt will culminate in the pupa stage, during which they’ll metamorphose into butterflies, and the process will begin again for the year’s fourth and last generation. The butterflies that emerge in September and October are those that will migrate to Mexico for the winter. These will live six to nine months while the earlier generations lived only two to six weeks.